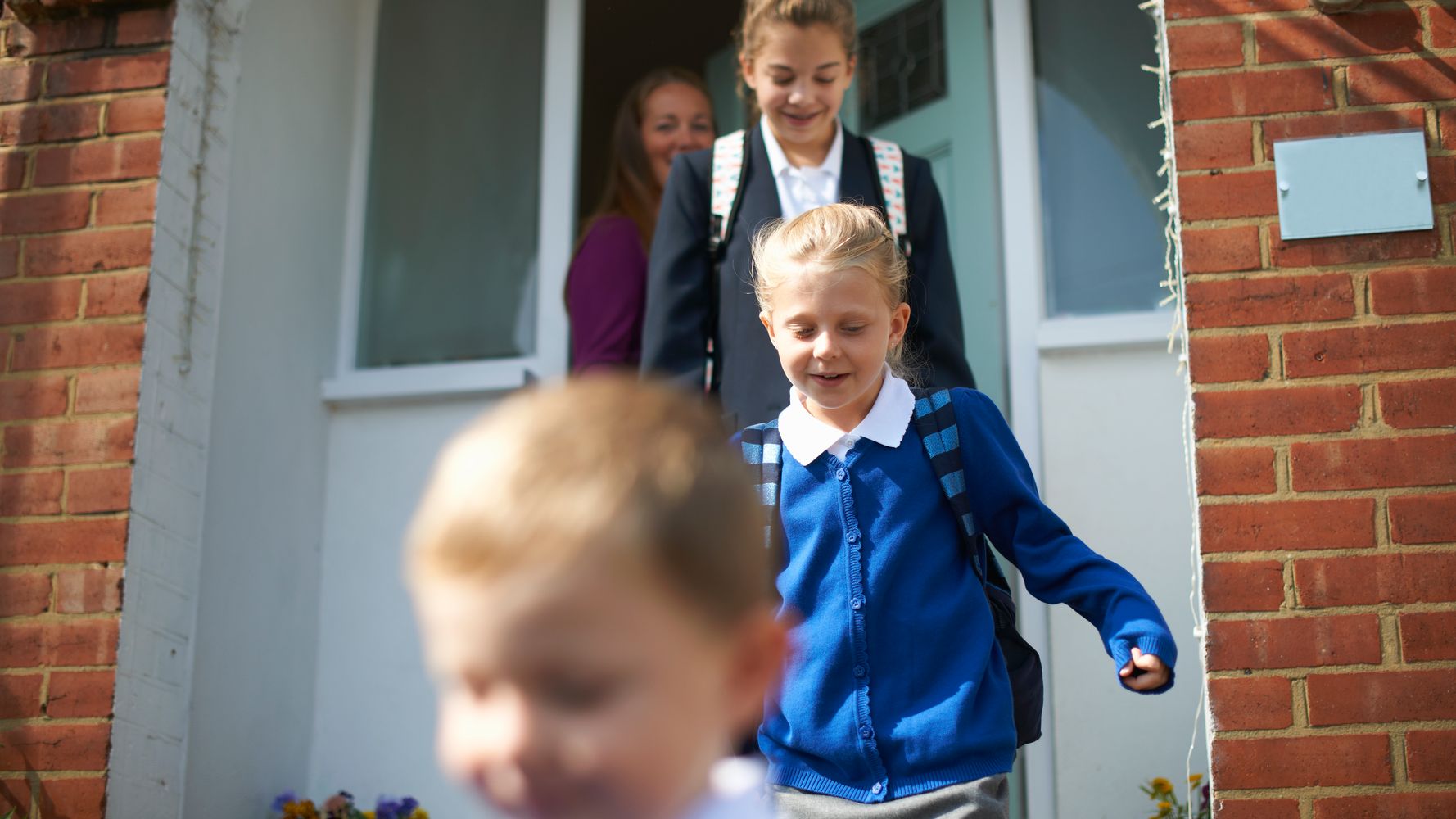 Schools are reopening cross the country and some kids are heading back into classrooms after months of remote learning.

While parents might be breathing a collective sigh of relief, kids might hear the news with mixed emotions – younger children have taken a long time to settle into this new routine, while older children are contenting with the social and educational challenges of returning to class.

It’s a lot for someone of any age to take in, so HuffPost UK asked two child psychologists what parents can do to help. Here’s what they had to say.

How are children feeling right now?

The first step in supporting a child of any age is not to make assumptions about how they might be feeling, said Dan O’Hare, co-chair of the British Psychological Society’s Division for Educational and Child Psychology.

“Children’s views and children’s voices have been entirely absent from any government discussion and I think that actually, what they’re doing is seeing children as this homogenous group, and they’re not,” he told HuffPost UK. “All children have different needs and are different.”

There’s an approach called “emotional coaching” in educational psychology, which encourages adults to imagine ourselves in a similar scenario in order to understand how children might be feeling. In this instance, it might be as simple as thinking about how you’d feel going back to work after a long absence.

This might bring up feelings of anxiety, relief, excitement, nerves about the unknown, or a mixture of emotions.

Children may be eager to see their friends, or they may be worried those friendship dynamics might have changed, said child psychologist Amanda Gummer. Some students may also be anxious about what is expected of them “especially with the new testing processes and the social distancing.”

Children of any age can struggle to articulate how they’re feeling, but changes of behavior may best the best indicator that they’re apprehensive about the news. “Children being unusually clingy, picking at their food and not sleeping are all signs that there’s something going on for them,” said Gummer of younger kids. “If it’s school-related, they may clam up when you mention it, or could even try and hide their lunch box or school uniform.”

How can you encourage children to open up?

The number one thing adults can do to encourage open conversation is something educational psychologists call ‘wondering aloud,’ said O’Hare.

This involves saying a phrase such as: “I’m wondering if you’re feeling a bit nervous or excited about going back to school?”

“Labelling their feelings and just putting it out there can be so powerful,” explained O’Hare, “because a child might say ‘yes, that’s exactly how I’m feeling,’ or it gives them a chance to say ‘no, I’m actually really sad because we played loads of games and I’m going to miss you.’ It just opens up the conversation.”

With older kids, it can help to given them advance warning of the conversation and what you hope to discuss, so it doesn’t feel like an unexpected interrogation. This doesn’t need to be too formal, you can say something like: “Later this week, maybe Friday, we could have a chat about going back to school and how you’re feeling about it?”

Open questions are key – “Are you looking forward to going back to school?” is a yes or no question. “Give them time to get their thoughts together and chat to their friends about it,” said O’Hare.

Peers are important for older children, so it can be a nice idea to open up the conversation by “externalizing” thoughts in this way. “What does Kayleigh think about it? What does Ahmed think about it, because hasn’t his mom been at home?” can work where a direct question doesn’t. “Talking about stuff ‘out there’ can sometimes be easier than ‘in here’,” O’Hare added.

How can you help to prepare kids practically?

Encouraging “self-management skills” such as getting themselves dressed and going to the bathroom independently will help younger children prepare for the transition to the classroom, said Gummer. “Role playing a school day with your child can really help too,” she added.

Giving a child visual reminders about school can also help ease uncertainty. You can do this by looking at the school’s website together, or sharing resources the teacher has sent home.

It can also help to chat with younger children about their memories of school. Ask them where they line up in the morning, who they stand next to or what color spot they stand on.

“All of those details will make it feel real, rather than this uncertain mystery that’s happening,” said O’Hare. “If children don’t have a really clear sense, they can sometimes fill the blanks with their imagination, and their imagination probably makes things worse than they’re going to be.”

This latter point is also relevant for older students. Try to be truthful with them about new elements of school, even if you admit you don’t know all the answers yet.

“Talk to them about the challenges they’ve faced during lockdown and help them prepare for a shift in friendship dynamics when everyone is back in the same place again,” added Gummer.

Reminding children – whatever their age – that you’re there for them if they think of anything else is also going to make them feel reassured and supported.

Experts Predict What School Could Look Like When It Reopens

What Other Countries Can Teach The U.S. About Safely Reopening Schools