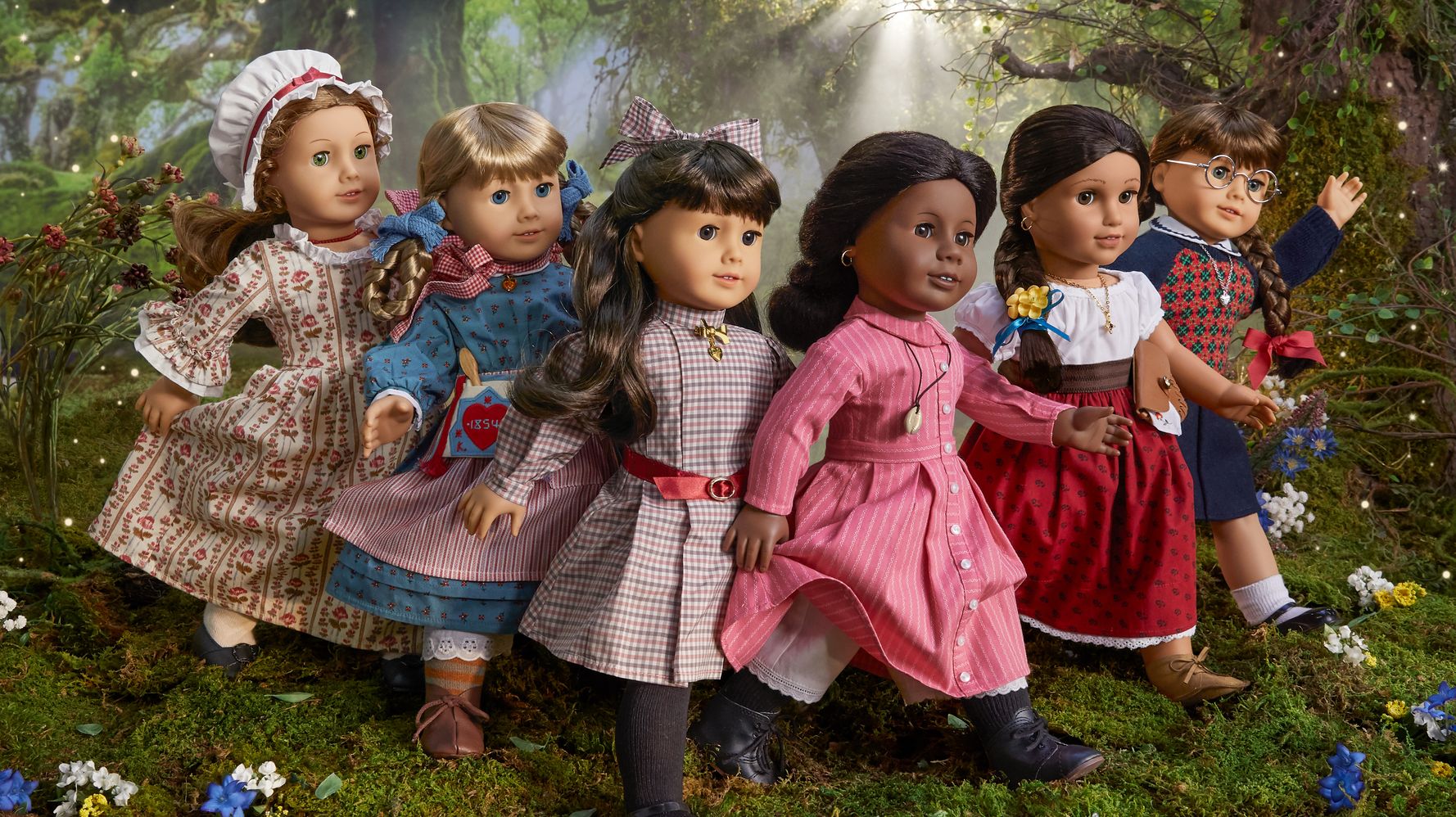 Samantha Parkington, Kirsten Larson, Molly McIntire, Felicity Merriman, Addy Walker and Josefina Montoya will be part of the 35th Anniversary Collection, which includes each signature 18-inch doll dressed in her original outfit and the first paperback book in her series with a vintage cover. The packaging will also include a nod to the original American Girl doll boxes.

Over the years, American Girl has retired many of its original characters. This will be the first opportunity in more than a decade to purchase a new Kirsten doll, for instance.

“These six original dolls were the foundation of the brand 35 years ago, and, while we periodically retire characters to make way for new stories, we felt this was a perfect time to bring back these amazing heroines to rekindle favorite American Girl memories with those who grew up with the brand from the start, while inspiring a whole new generation,” Jamie Cygielman, general manager of American Girl, told HuffPost, noting that many of the brand’s early fans are now parents who might want to introduce these characters to their own children.

“Given the connection we have with our millennial fanbase, we’re confident they’ll be thrilled to welcome back the original characters with all the authentic detail they’ll recall from their childhoods,” she added. “And, with all things nostalgic having a moment right now, we can’t wait to see the reaction from our grown-up fans.”

The brand has a bit of a cult following ― with American Girl fan fiction, “AGTube” videos and more. Articles like “American Girl Dolls Ranked by Betchiness” have gone viral. And new generations continue to visit the experiential American Girl stores (at least in non-lockdown times).

“Over the years, we’ve received many letters from girls telling us that they became history or English majors because of their love of American Girl ― or they went into journalism because they identified with Kit, and the list goes on,” Cygielman said. “It’s great fun to see videos trending across social media of girls comparing their look or current fashion style to a favorite American Girl character or creating their own scenes via stop-motion and even podcasts.”

To mark the anniversary, American Girl is also releasing an album called “American Girl Get Up and Dance” and a humor book, “Everything I Need to Know I Learned From American Girl.” They’ve also organized a Facebook Live cupcake decorating party with Magnolia Bakery.

Prepare To Feel Old: American Girl’s New ‘Historical’ Doll Is From The ’80s

American Girl To Make Korean And Hawaiian Dolls, A Huge Win For Diversity

100 Common Thai Last Names Or Surnames, With Meanings
The Most-Loved Toys To Stock Up On Now So You’ll Have Gifts All Year
126 Baby Names That Mean Energy For Boys And Girls
71 Cute Short Names Or Nicknames For Hannah, With Meanings
75+ Sweet Quotes On Sleeping Baby