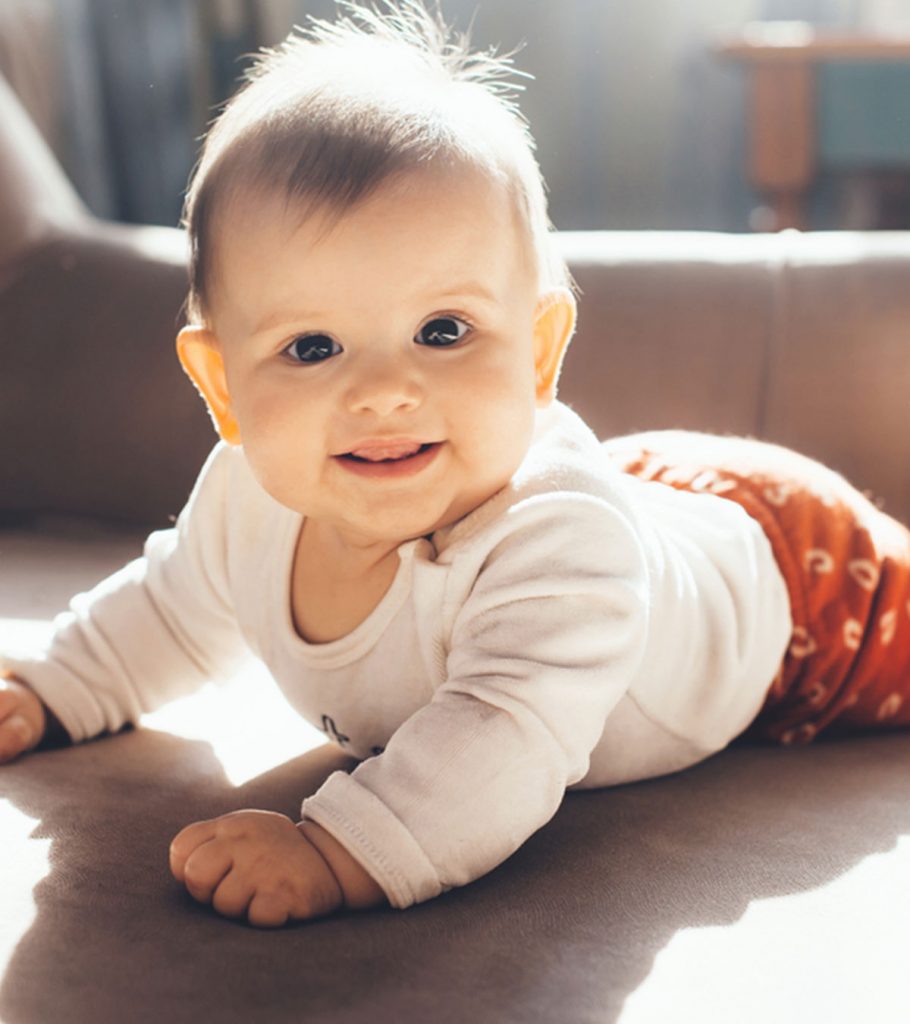 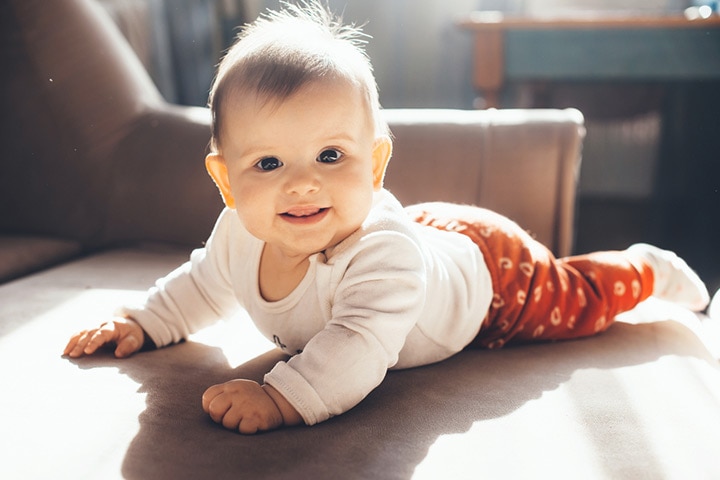 Meta-description: Energy-themed names portray the force and symbolize the very notion of this world. Here is our list of baby names that mean energy for boys and girls.

The word ‘energy’ speaks a lot. It is the driving force of nature and an imminent power of every action. From the functioning of the cells to the gushing of the trees—energy is found in various forms and needed by all living things. Therefore, an energy-theme name can be a source of motivation and strength.

Pushing away from the monotony, here is our power-packed list of unique baby names that mean energy for boys and girls.

These names meaning energy for boys, have a positive vibe to them.

It means “beaming with energy and life,” a name to perfectly describe your little one.

The Indian origin word Agnitejas means “as radiant as a fire’s energy.” It is a name that would keep his spirits up.

The Indian origin name means “one who has unbounded energy and wisdom.” It is also the name of a leader.

It means “unbound energy” and is a name ideal for active babies.

The Indian origin name Anagh means “energy.” It is also considered the other name for Lord Vishnu.

A warrior-inspired name as it means “infinite heroic energy.”

It means “energy” in Malagasy.

Animado is a beautiful Spanish name as it means “lively and energetic.”

Ariz is an Arabic name meaning “active” or “energetic.” It can also be spelled as Aariz.

The name has an Indian origin and means “lightning energy.”

The quirky Swedish name is inspired by the unit of temperature, the physical unit of “heat energy.” It is a name to raise the science geek within your child.

Chakara is a Cambodian and Indian name meaning “the energy center.” Chakra is another variant.

The short Khmer name refers to the “primal energy of life.”

The powerful Indian name means “lord of courage and energy.”

The Indian origin name has a unique meaning “glowing with energy.”

The Esperanto name is a unique take on the term “energy.”

The unmistakable Greek name is the unit of “energy.”

Ikehu is a name that would bring the spirit of the Big Islands into the life of your child, as it means “energy” in Hawaiian.

Inspired by the name of the English physicist James Prescott Joule, this fun name is the S.I. unit of energy.

The name, inspired by the famous physicist Lord Kelvin, adds a scientific touch to your child’s life, as it is a unit of temperature that represents the “heat energy.”

A common term among Yogi’s, Kriya is an Indian origin name for boys representing “the energy to do.”

If you want a Filipino name, then Lakas meaning “energy” or “power” is the one for you.

It is a Dutch boy’s name, Levendig means “energetic.”

A popular name that is also used as a unit to “energy.” This name is inspired by Sir Isaac Newton.

The Arabic origin name Nishat means “energy” or “vitality.” It is a name that speaks of the agility to do things.

Representing the power of your baby boy, this Indian name means “blessed with energy.”

The Indian origin name Prachetas means “energy.” It is also the other name of Lord Varuna, the God of Oceans.

A unique and ancient Gaelic name meaning “lively and energetic.”

The Indian name means “lively,” representing exactly how you’d like to see your baby boy.

The Indian name means “full of energy.” A name to capture your baby boy’s actions exactly.

The name Seenu means “positive energy,” a gift that every human needs.

A Spanish name for your little prince meaning “energetic.” You can tease them as Senor for fun.

Shalan, an Arabic name means “a person radiating with energy.” It is a wonderful name for charming young babies.

Sparke, an Old Norse name meaning “energetic,” would be a great classic name for your angel.

The name Tejasa means “radiant energy” and is of Indian origin.

The Indian origin name would be a splendid choice for a lively child as it means “one who possesses energy.”

The common yet inspirational Spanish name means “one who radiates energy to lead.” It originates from the Latin word Tullius, the variations of which can also be seen in Italian and Portuguese.

Referring to the pure element of nature, the name Vayu is of Sanskrit origin and means “wind energy.”

The lively and fun name of Sanskrit origin means “full of energy.”

If you’re in search of a name for your little one that represents “energy” and the calmness of Buddhism, then this name Virya of Sanskrit origin is for you.

Resembling the word vivacious, the name Vivaci of the Corsican origin means “lively” or “bright.”

A popular unisexual Latin name, Vivian means “lively” and has gained popularity during the 19th century.

Inspired by the name of the Italian physicist Alessandro Volta, a pioneer in “electrical energy” and the inventor of the electrical battery.

The unit Watt was inspired by the Scottish inventor James Watt. TheS.I. unit of power, “the rate of transfer of energy” would be an inspiration to your child.

The Serbian name would perfectly summarize a baby’s energy as it means “lively.”

Of Hebrew and Slavic origin, Zivon refers to one “radiating with energy.”

The name means “energetic” and has Greek origins.

Here is our list of empowering names meaning energy for girls.

The popular Indian name refers to the “primal energy force.” It is also another name of Goddess Durga.

The gleaming and stylish name Aisha, of Arabic origin, means “full of energy.”

It is aname to instigate happiness in you as it means “lively.”

The name Allegra has its roots in Italian. This name meaning “lively” became common after the story of the illegitimate daughter, Allegra Byron, born to the famous English poet George Gordon, Lord Byron, and Claire Clairmont became popular.

With a stylish touch, the name Ayska of Arabic origin means “energetic.”

With origins in Persian and multiple Indian languages, the name Bala, also spelled as Balan means “vibrant” or “high-energy.”

The name Bibiana is of Latin origin and sums up the ball of fun your child has in one word as it means “alive.”

Bizima is a lovely African name, and means “energetic.”

Of Sanskrit origin, the unisexual name Chaitanya means “energy towards knowledge or enthusiasm.”

The Indian origin name is ideal for your naughty little one as it refers to someone “active.”

An unusual Chinese origin name, ideal for your little one as it means “ball of energy.”

It is a name based on the French version “energie.”

Eleu is a Hawaiian name and means “lively.” The word is vibrant and would be a great energy-inspired name from Big Islands.

The noble Icelandic name for energy has an Old Norse origin.

Said to be the Old English form of Elja, Ellen means “energy” and “endurance.”

It is the feminine version of the name Gail and means “one with a tremendous amount of energy.”

This Arabic origin name Hayi represents “vital energy.” It is a name that symbolizes life.

The name is inspired by the term Hydroelectric energy, which is the “energy required to harness the power of moving water.”

A powerful name of African origin as Inani means “energy of a striking lightning.”

The name Isha is of Indian origin and refers to the “female energy.”It can also be spelled as Ishana.

With origins in English, Gaelic and Irish, this European name means “lively.”

The name Keilah is of Irish origin and refers to “an energetic person.” In Hebrew, Keilah is the original name of the city Citadel.

It is a name that is inspired by Physics. Kineta is derived from the term “kinetic energy” and it means “full of power” or “active.”

The Japanese origin name represents the power of “energy” and also the serenity of a “flower.”

This nature-inspired name means “energy of the sun.” It has both Greek and Egyptian origins.

With origins in Arabic, English, and Hebrew, Mahira means “swift” and “energetic.”The variants are MaahiraahandMahyrah.

An athletic name Mahri means “energetic individual” and is of Hebrew origin.

Adding a classic European touch is the name Megin, which means “energy” in Old Norse origins.

The term Moksha is of Sanskrit origin refers to the “energy of freedom or liberation.”

It means “energy” in Swahili.

Referring to a fawn, the Hebrew name Ofra means an “energetic.”

The name Orka is unique and stylish. It means “power” in Icelandic.

The name Senona is the feminine version of the Spanish name Senon and means “energetic.”

The popular Indian name Shakti means the primal “energy” of the universe.

A powerful name as Tejaswi refers to “one radiating with energy” in Indian origin.

This unique Indian name means a “sharp” person. It also symbolizes the path of leadership as it means “one who is bright.”

The unique name Twisha is of Indian origin, referring to “sunlight,” the source of all energies.

A name that signifies the “energy” in Goddess Parvati and is of Indian origin.

The name Vis of Latin origin means “energy” and “power” is also a great nickname for your little one.

The name Vivienne is the French feminine version of the Latin name Vivian and means “lively.”

It is a name that represents “the energy to do something.”

The popular Chinese and Japanese name of peace and tranquility means “meditative energy.”

Energy is required during every stage of our life. With these names, you’d be giving your child the ultimate motivation for life. Any name that means power, strength, brightness, liveliness, and energy is a good thought for a name.

Potty Training A Girl: When To Start and 11 Tips To Follow
Funny Relatable Facts And Etiquette Rules That Will Help You To Avoid Awkward Situations
Cystic Fibrosis In Babies: Causes, Symptoms And Treatment best
43 Fun And Engaging Activities For One-Year-Old Babies
Can headphones really cause hearing loss in kids?